Lumad kids (Indigenous children) came to Manila from Mindanao to call on the government, the Church and the people to stop the bombing and harassment of teachers in their schools.  The artist, Maria Isabel Lopez,  had the chance to give them an art therapy workshop at the University of the Philippines International Center, to help them express their feelings, fears, and hopes with the current declaration of Marital Law in Mindanao by President Duterte. 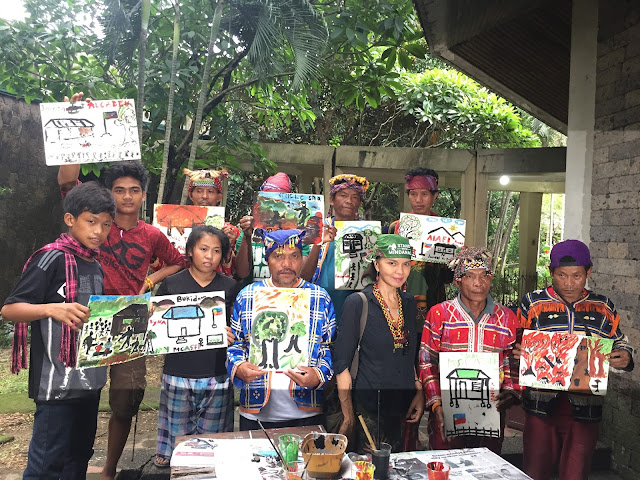 The artworks reflect situations happening in schools-some razed by fire, some teachers being harassed, abandoned schoolhouses. The Lumads are fighting for their ancestral lands, preservation of their forest and rivers, and the right to self determination. 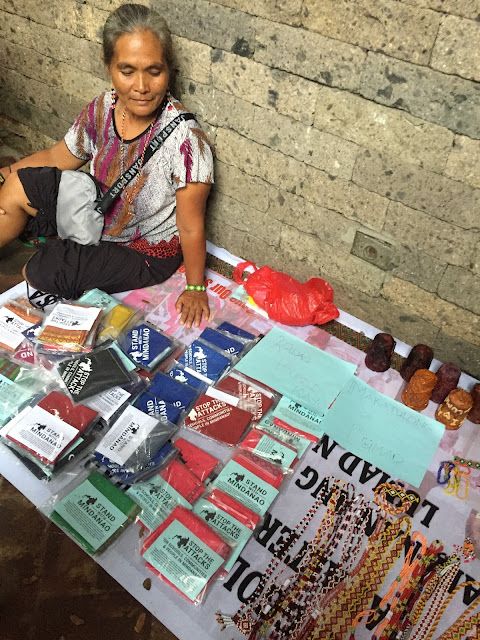 Hand made beads and scarves sold by an indigenous from the Manobo tribe. 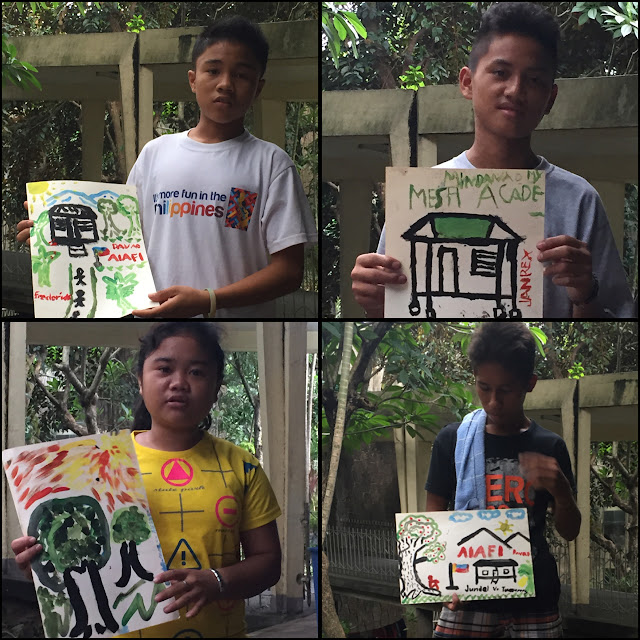 Top L: Lumad Frederic interprets kids who walk hours on the trail to go school.
Top R: JanRex creates an abandoned school now occupied by the military.
Bottom L: The artist shows the deforestation of her community.
Bottom R: Junel fears for his school in Davao where teachers are accused of being rebels. 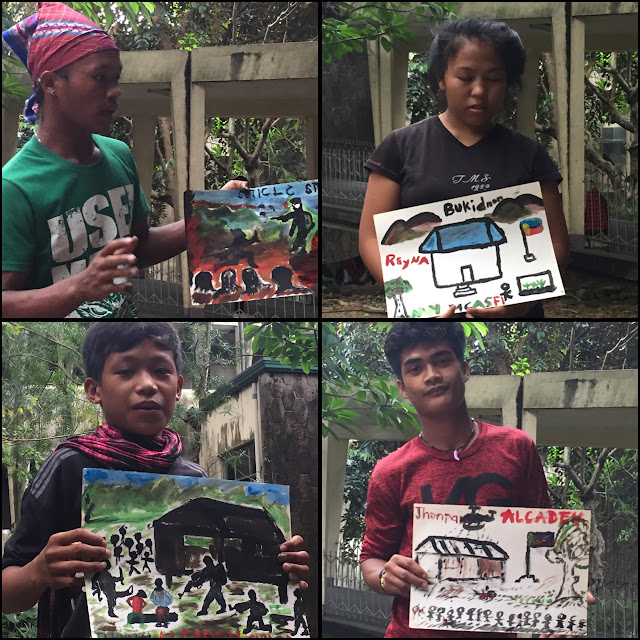 Top L: An artwork depicting the harassment of a teacher kneeling on the ground begging for his life at gunpoint, with the school children helplessly looking.
Top R: Reyna from Bukidnon shows an unfinished school-construction was halted due to military presence in her area.
Bottom L: A lumad youth shows his family, being kicked by a soldier, with his father at gunpoint. He was inside the house observing from the window.
Bottom R: John illustrates villagers running away from their community as a chopper makes numerous rounds of their area. 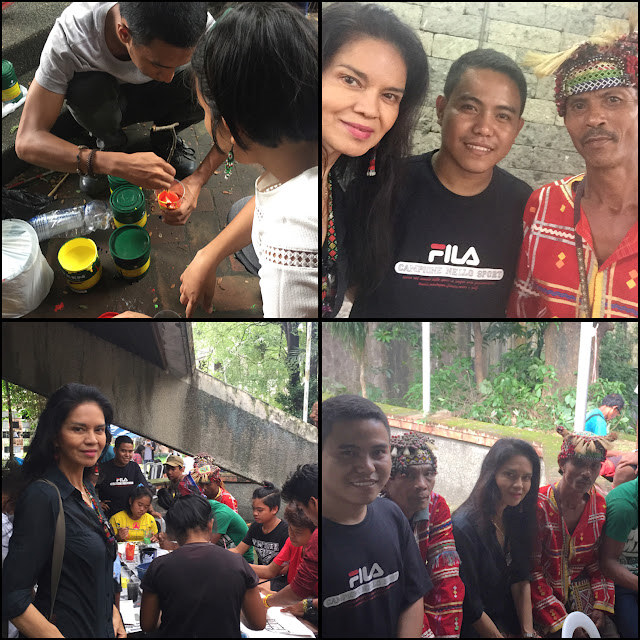 Top L:Using acrylic housepaints, and donations of brushes and paper from the artist,
Top R: Youth leader Jong Monzon of the Manobo tribe, and a datu.
The art workshop started with visualization of their actual experiences in their community. 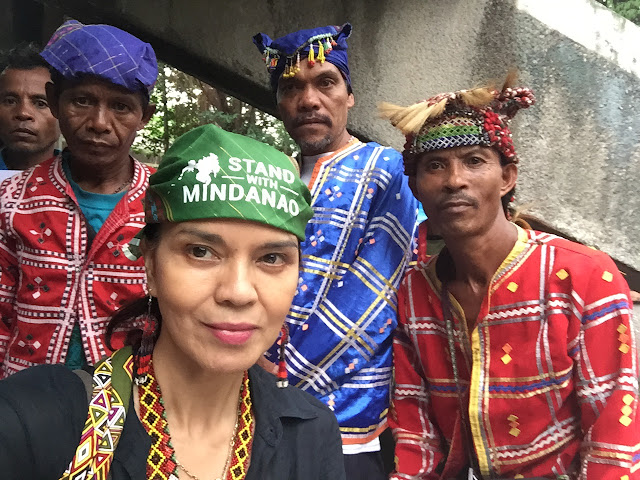 "Martial law will not bring about peace but in fact an increase in violations of human rights, including military attacks on schools and communities of national minorities."
Posted by Maria Isabel Lopez Mosaic Art at 4:56 AM 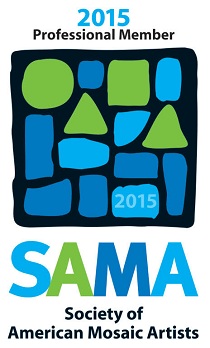 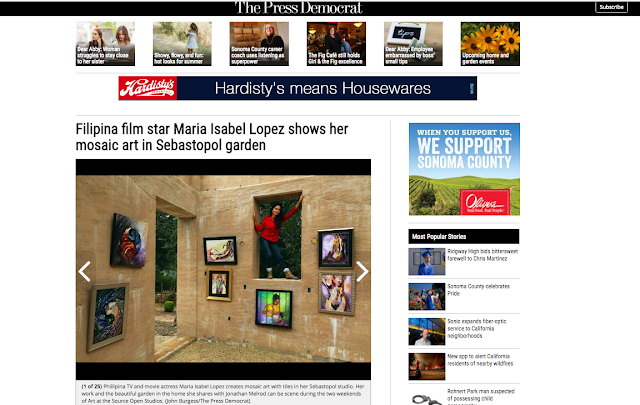